Located near JR Nijo station is an old Japanese house preserved since the Meiji era, which is now transformed into Japanese omelet rice store ‘Omura-ya’. Old-Japanese-houses-turned-commercial-establishment is called ‘machi-ya’ in Japanese, and it’s all the rage now in Kyoto. 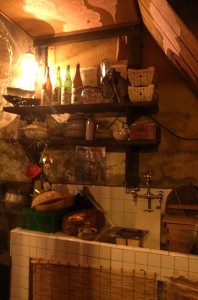 After entering the store, everything from the kitchen to the furniture just emits ancient Japanese charm. The friendly and nostalgic atmosphere gives you the feeling that you’re just visiting your grandma’s. 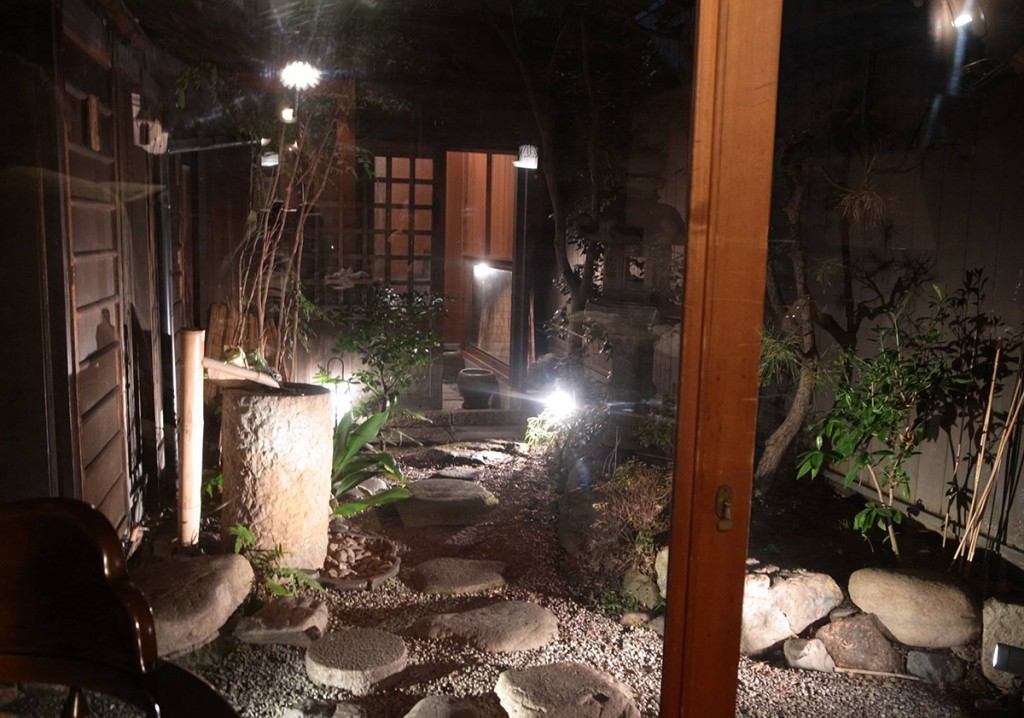 Like all old Japanese houses, there will be a Japanese garden in the middle of the building. You will pass by this garden every time you make your way to the toilet, which just makes the whole experience feels like a Japanese period drama! 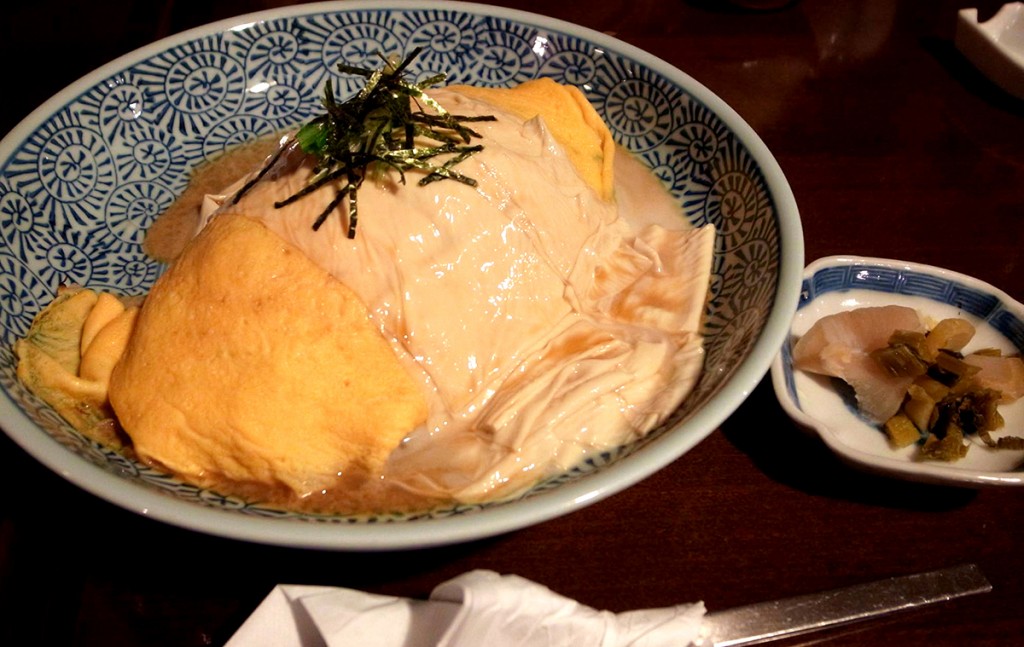 We ordered Omura-ya’s signature omelet rice, topped with a famous Kyoto delicacy called yuba (tofu skin), which in Omura-ya is made smoother and softer than the actual tofu itself. Coupled with thick broth, the set meal is simply irresistible! 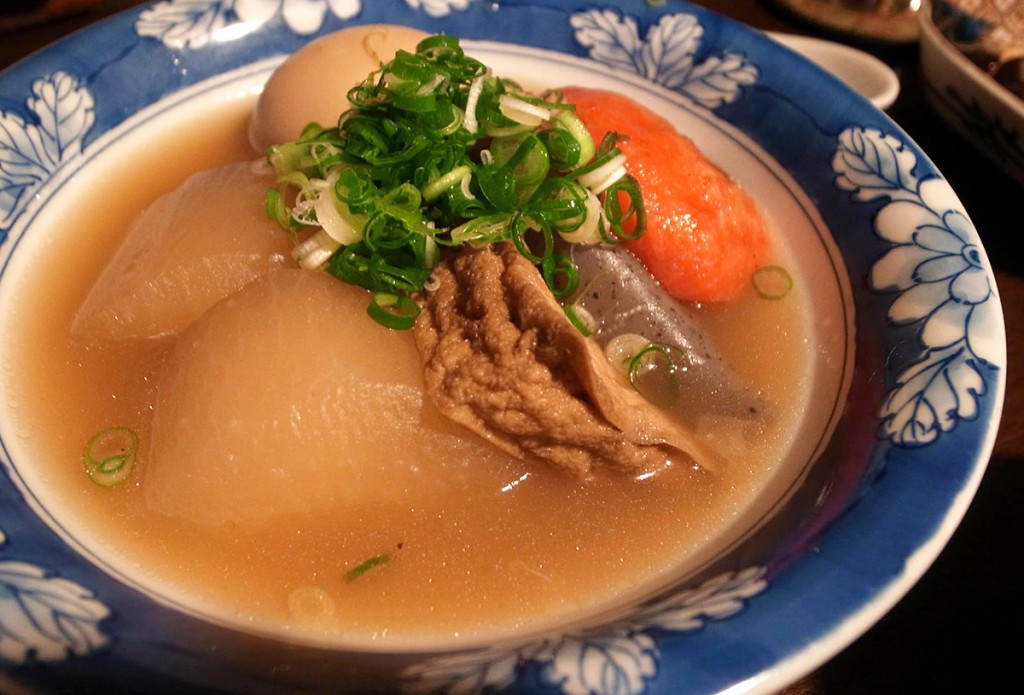 Oden, a Japanese dish consisting of dashi broth, is perfect for warming you up on a cold winter night. Besides the typical daikon (Japanese horseradish), abura-age (deep-fried tofu), boiled eggs and konyaku (transparent jelly-like cakes) found in oden, Omura-ya also has its very own sakura prawn mochi (sticky rice cake), the orange item in the picture above. A must-try dish in this restaurant! 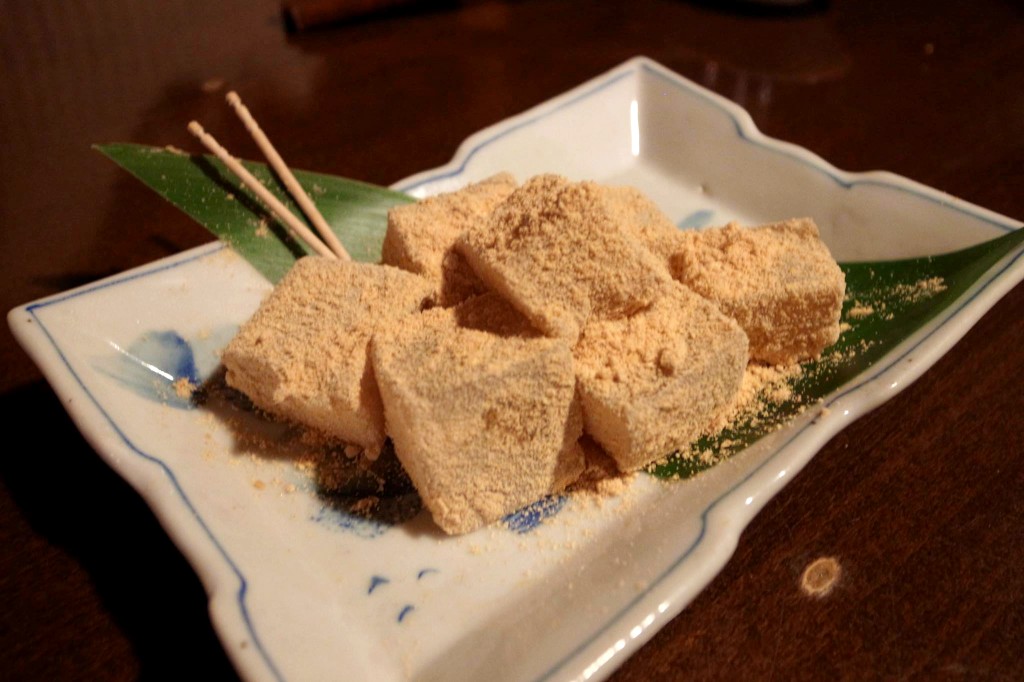 As for dessert, there is nothing more Japanese than the traditional Japanese dessert, warabi-mochi. It’s chewy not unlike a typical rice cake, but its soft and sweet texture peppered with soy powder give it a distinctive flavor that every Japanese in Kansai loves.

If you want a taste of Kyoto, there is no other place better than Omura-ya!

Omura-ya
http://www.omurahouse.com/
Business hours: Tuesday – Sunday, 6pm – 12am (Last order at 11pm)
Closed on: Mondays (if it’s a public holiday, it will be closed on the next day instead)

Blog All Next
Options