Usagiyama Shopping District was modelled after Kyoto’s Demachi Masugata Shopping District, a rustic little shopping arcade packed mainly with food supplies and apparel stores. Fans of the anime can be seen everyday in the street, taking snapshots of the real deal.

Demachi Futaba, the arcade’s famous mochi store that was the inspiration for Tamako’s family business 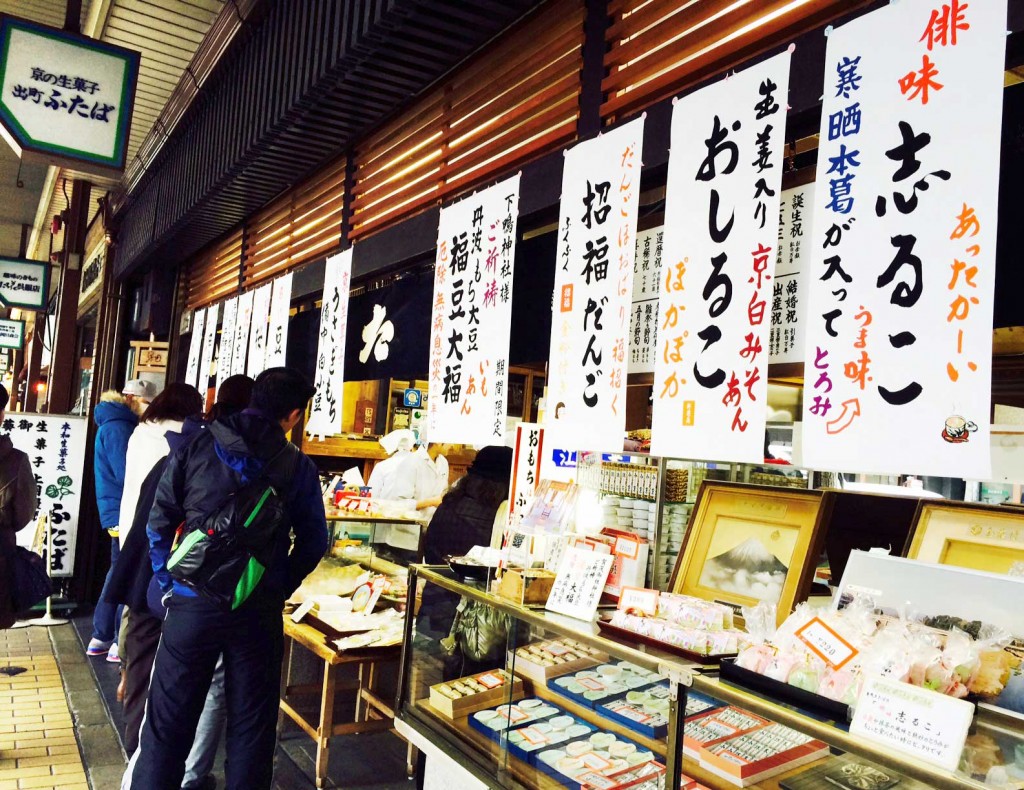 The protagonist’s mochi store was modelled after the arcade’s famous mochi brand, Demachi Futaba. Customers have been flocking to the store since it opened in the Meiji era in 1899. Demachi Futaba is most famous for its mame-mochi (rice cake with bean fillings), which was also shown in the anime. You’ll never tire of their mochi’s chewy texture and its elegant blend of sweet and savoury tastes! 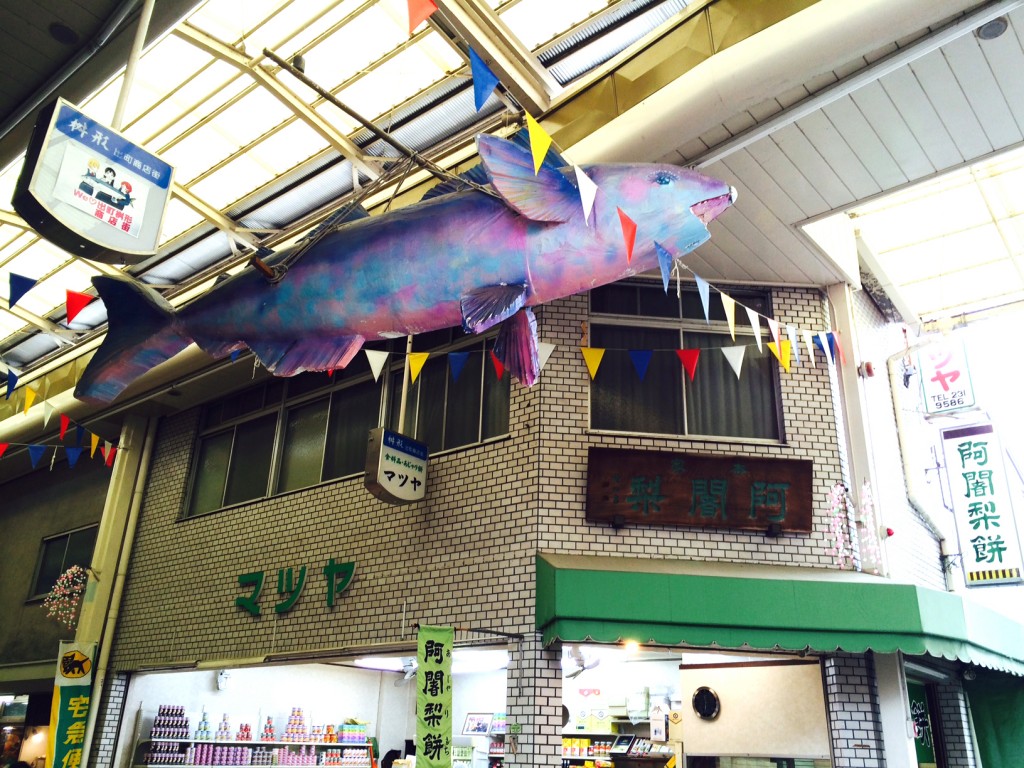 The giant saba sculpture that appeared in the ’Tamako Market’ over and over again was also at the shopping district for real! It is said that the anime’s director, Naoko Yamada, saw the sculpture and decided to make an anime based on Demachi Masugata Shopping District.

But why was the sculpture saba of all things? Because Demachi Masugata Shopping District is the terminal stop for Saba-kaido (mackerel’s route of distribution), which starts at Fukui Prefecture’s Wakasa Bay. The sculpture was made in collaboration by the students of Kyoto Seika University and the shop owners of the district, and was named ‘Wakasaba-chan’, which can mean both ‘young mackerel’ and ‘mackerel from Wakasa Bay’. With Wakasaba-chan as the face of the shopping arcade, you can bet there is a delicious sushi restaurant around the corner that serves quality saba sushi!

The signboard in the anime has been made real!

Proposed by avid fans of the anime, the signboard that appeared in the film version of the Tamako Market – with ‘itsumo anato no soba ni aru’ (we are always by your side) written across it – was brought to life and hung on the ceiling of the arcade. Every store is also decorated by handmade gifts from fans of the series. 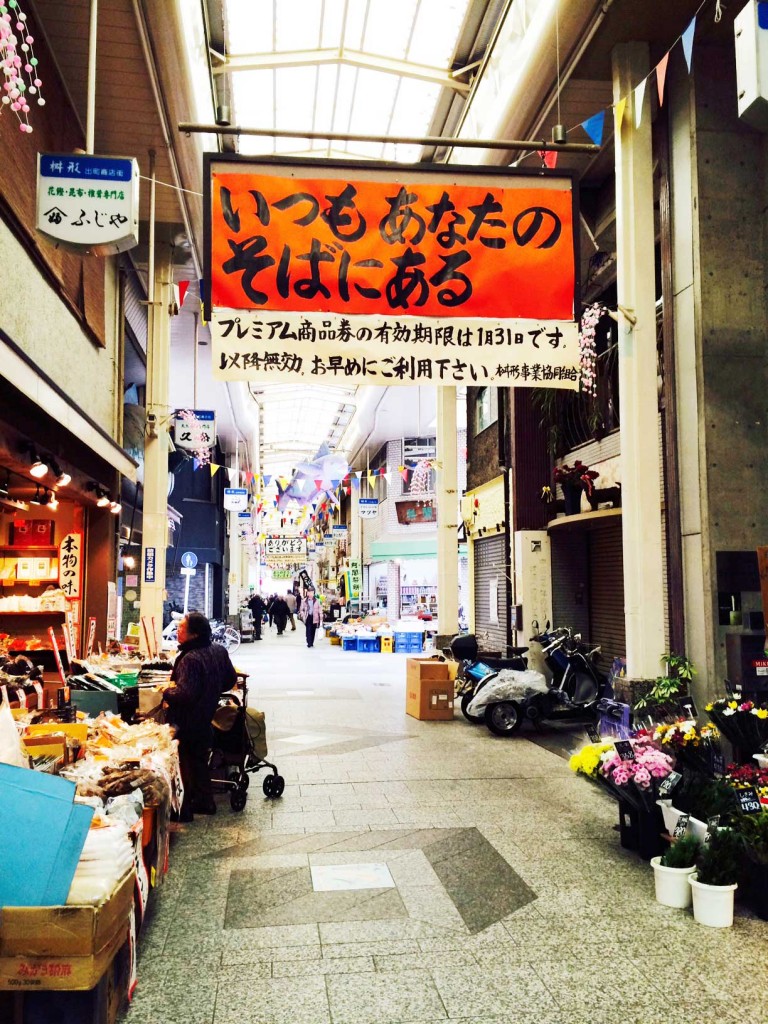 Journal with notes written by people from all over the world!

A notebook was placed near the shopping arcade’s west entrance.

The journal in the photo above is the 10th book already. On top of Japanese, comments were also written in Korean and Chinese, indicating the anime series’ large international following outside of Japan. It seems like Demachi Masugata Shopping District has become a place of pilgrimage for the anime’s fans. The chairman of the arcade’s management had also showered hospitality for some of the fans, by personally pouring tea for them. 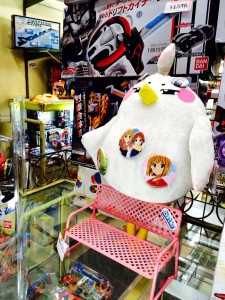 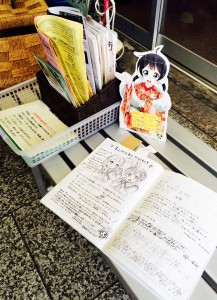 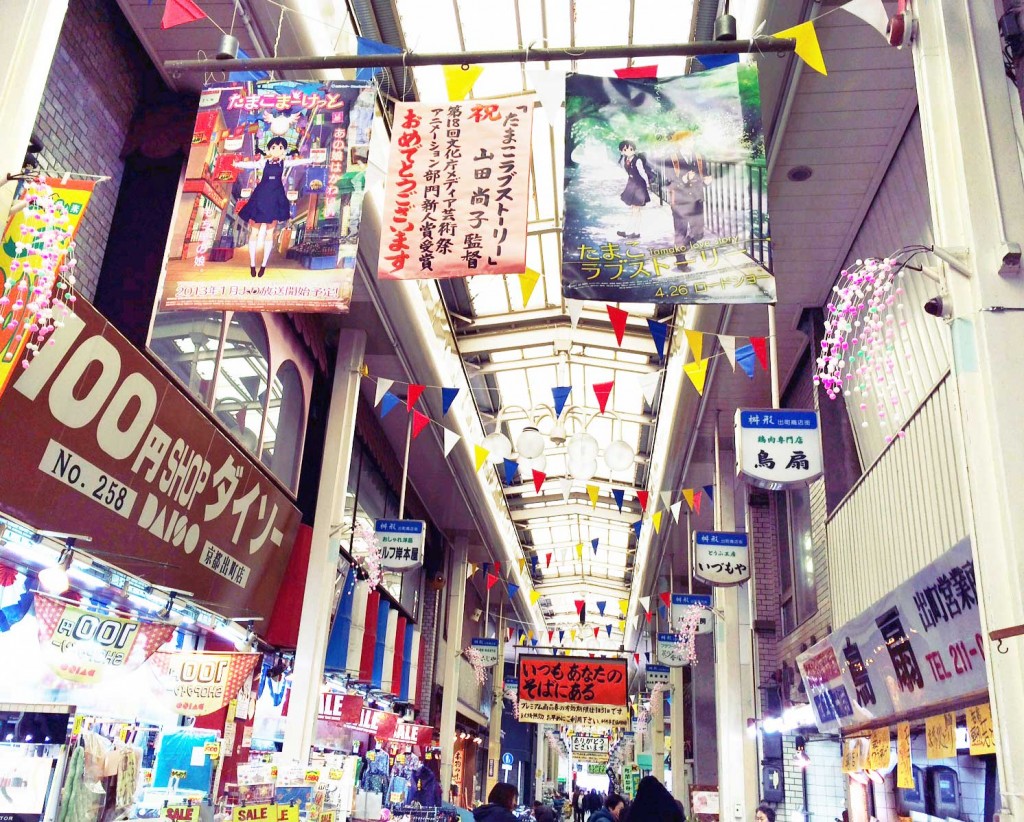 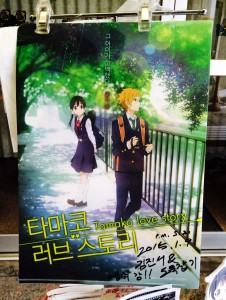 Tamako Love Story, the movie sequel to the Tamako Market’s first film, received the Best Newcomer Award at the 18th Japan Media Arts festival for the animation category. Ryosuke Takahashi, the film’s director and a veteran in the anime industry, commented in his interview, “Although this is only the best newcomer award, in a way we have also reached the pinnacle in the anime industry.”

Do give this little rustic shopping street a visit!

Blog All Next
Options